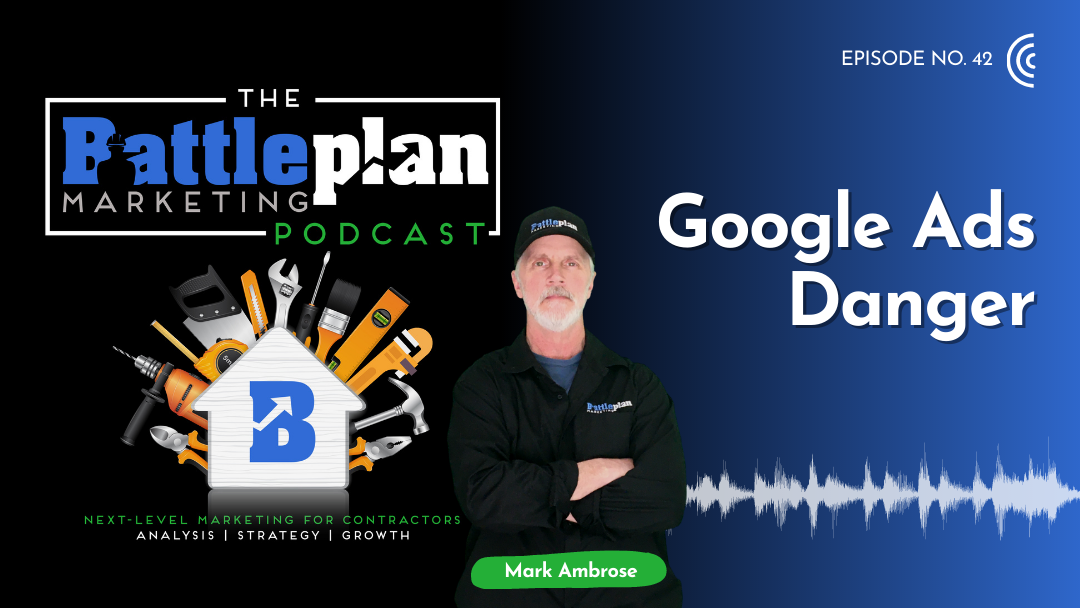 The Dangers To Monitor Within Google Ads

Today we are going to talk about the present and future dangers of Google Ads.

Most home service companies use Google Ads to generate leads and keep their trucks rolling.

But there is a current and even more drastic future danger to Google Ads that you need to be aware of.

And that danger is the very real possibility of your budget getting out of control and unaffordable due to machine learning.

Google is taking control of your ad campaigns away from you.

Google believes that it’s machine learning and smart bidding is smarter than you are.

But so far, that’s proving to be right much less often than it is wrong.

And when it’s wrong, which is most of the time, it’s going to hit your wallet and budget very hard.

It’s going to make some or many of your ad campaigns unprofitable and unaffordable.

And it’s a clear and present danger to the future of your lead generation.

And if you rely heavily on Google Ads, you better start paying attention.

Google has made the following moves in the last year or so that have taken control of your account away from you.

You are losing control of which keywords your ads show up for.

Google changed exact match keywords to include “close variants.” If you don’t watch those every day, you’ll be wasting a ton of money on keywords and clicks that you don’t want your ads showing up for.

Bing has gotten rid of manual CPC bidding – no more manually restricting how much you will pay for a click.

They now offer “eCPC,” a.k.a. enhanced cost per click, which uses smart bidding to adjust your bids higher than you would like if the chance for conversions is greater.

And Google will be next. So manual maximum bids per click are going to go away, probably relatively soon.

Google wants everything to go to so-called smart bidding.

And that can certainly work for some campaigns.

But in our tests, smart bidding helped only 1 out of 4 campaigns perform better. The remaining 3 out of 4 experienced increases in cost per click and conversions ranging from 20% to 55%.

According to Google, you should give smart bidding several weeks to figure out your campaigns, but our clients don’t have several weeks to pay 50% more for lead conversions and so we shut them down and went back to manual CPC strategies.

Anecdotal evidence in the PPC industry shows similar results – that smart bidding helps in less than 25% of their campaigns and blows up the budget and cost per click and conversions in all others.

Add to that the loss of text ads, where you used to dial in your exact ad copy, but not anymore.

Now they offer only responsive text ads where you have to give them several headlines, descriptions and they will mix and match them to try and find the best combo.

Google has said, “Hey, we’re smarter than your ad copywriters,” so just give them a bunch of headlines, descriptions, and they’ll take care of the rest.

It’s a pretty arrogant point of view and an insult to ad copywriters everywhere.

You still provide the headlines and descriptions, but you don’t get to control how they’re put together.

There are also call-only ads you can and should use. 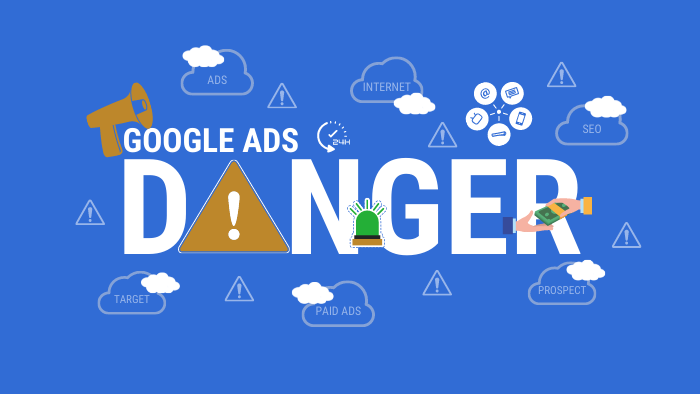 Well, hopefully, their smart campaigns get a lot smarter and a lot faster before they take the manual cost per click away from you.

In the meantime, every day, you should be reviewing the “close variant” search terms that your ads are showing up for and marking any that don’t help your campaign as negative keywords.

If you’ve got many campaigns and ad groups, you can do this automatically with a script. However, you may lose out on some good keywords as well. We’re not going to go into that here today and if you’re that big, your ad team will most likely know how to do that.

You should be making sure your landing pages are seriously dialed in for conversions and testing new variations to improve conversions.

You should be using click fraud protection software, like ClickGUARD to prevent bogus clicks from eating away at your budget. See episode #25 and our interview with ClickGUARD’s CMO Jason Pittock.

Getting the most out of every click should always be a top priority, but it’s becoming more important than ever.

You should also be thinking about the future when Google goes all smart campaigns on you.

You may have to remove some campaigns for services that have thin price margins where any bump in lead costs makes them unprofitable.

You may wish to dial-up campaigns that have great margins and go after more of that business.

You should test smart campaigns and see which ones it might work for and which ones it won’t, so you know in advance what you might be dealing with.

You should be investing in lead generation platforms that you OWN, like email marketing (newsletters), an automated referral program, creating blog content, and optimizing your site for search engines.

You should be optimizing your Google Maps listing – Google My Business. The map shows up for every local service search. Get yourself in those top 3 listings for every service you offer and attract free leads.

We’ve got home service clients getting 15 to 30 leads per week from Google Maps; you can make that happen for yourself also.

You may wish to try some social media marketing and advertising.

You may wish to try direct response postcard advertising.

In summary, the writing is on the wall, folks, and there’s a perfect chance Google ads will not work as well in the future for you as it does today. Some campaigns might work better, but others may not.

So get prepared, so it doesn’t change when Google says that manual bids are over. Because that day is coming and you need to be ready for it.

Alright, I hope that helped some of you. Thanks for sharing your time and attention with us today.

Good luck out there and create a great day! 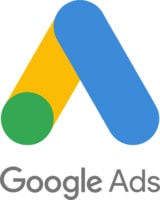 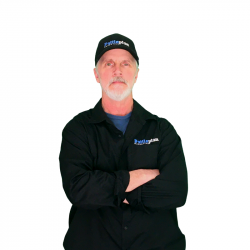 Follow me
Latest posts by Mark Ambrose (see all) 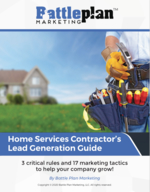